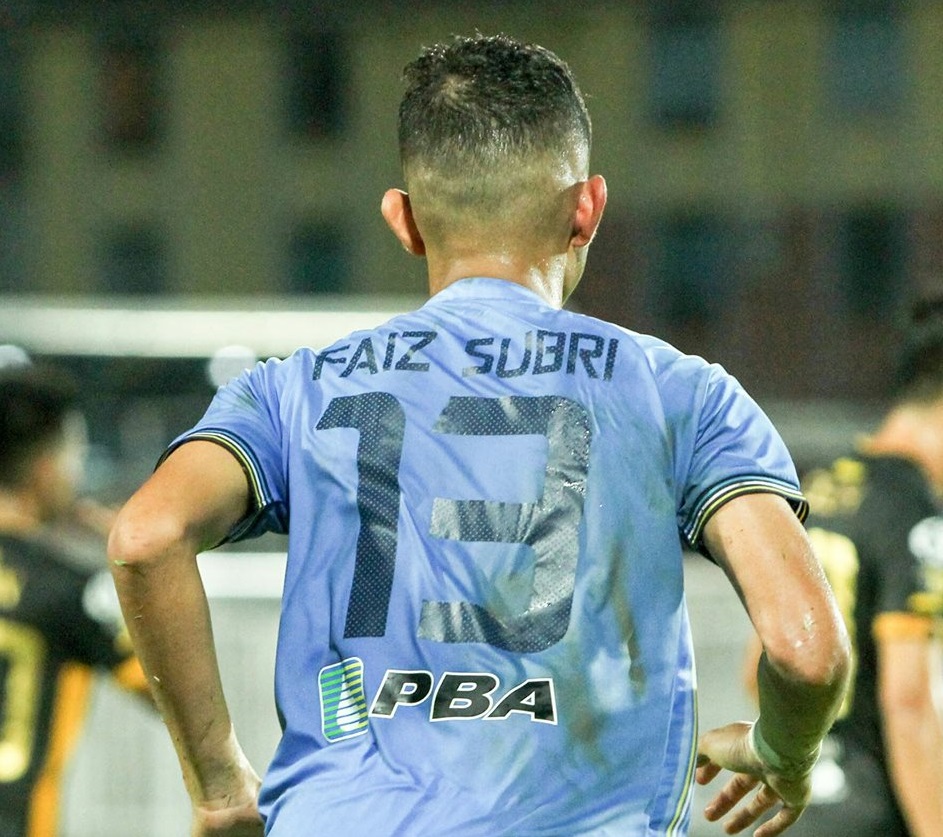 16 February 2016 was the date Malaysia football finally hit the headlines again – for the right reasons this time. For Mohd Faiz Subri’s physics-defying curler of a free kick goal in Penang’s 4-1 Malaysia Super League win over Pahang went viral on social media as the most outstanding goal in 2016.

The 29-year-old Malaysian winger would eventually fly the Jalur Gemilang flag high almost a year later when he joined the likes of world-class football icons Cristiano Ronaldo, Neymar and Zlatan Ibrahimovic in the FIFA Puskas Award roll of honour in Zurich, Switzerland.

A lot has already been said in the lead-up and aftermath of the player’s unique achievement, but yet so little is centred on the footballing significance – and otherwise – in this solo success story. While it has provided a lift for local footballers, it does not mask the outstanding issues that continue to persist for Malaysia club football at an individual level.
Let us look at the positive impact of Faiz’s award-winning goal first. For starters, it is an affirmation of his uncanny ability to strike from outside the box throughout his career since he began playing professionally in 2010. Give him the angle and range, and his sweet right foot is ready to cause problems for defences, especially in dead-ball situations.

In a league where foreign strikers dominate the goal scoring charts and are the focal points in teams’ attacking plans, his unique skill-set is an additional weapon coaches will love to have in their tactical options. His success at the world stage, even at an individual level in a team game, gives fellow Malaysians belief they can push to better themselves and close the gap between them and their foreign colleagues.

For the next step, they can look at the J-League and K-League Classic top-flights for inspiration, where locals have made a significant presence among the leading individual and team accolades in recent seasons. This is despite them consistently enduring an exodus of local players to Europe and Asia during this period as the remaining leading lights keep the domestic flag flying high.

Japanese players have dominated the J-League goal scoring charts and seasonal best eleven accolades at least in the past five seasons, while the Koreans have been significantly closing the gap to their foreign counterparts in the recent K-League campaigns.

Yet on the flip side of the same coin, Faiz still epitomises a common issue for regular Malaysian journeymen footballers. Their ability to drift from club to club without making a sustained and consistent impact compared to the imports and established leading locals such as Safiq Rahim and Shukor Adan.

Brilliant one moment, anonymous the next – it is a constant problem that is tearing coaches’ hairs apart in seasons gone by, not least in the Penang player’s case. No Puskas Award, which rewards only that moment of individual brilliance in the winning goal of a particular calendar year, is going to change this malaise dramatically.

In an eight-year professional career spanning across five clubs – all in the northern states of Peninsula Malaysia, his best seasons came in 2012 and 2015 when he scored nine league goals each. The latter was especially significant as his goals contributed to the promotion of Harimau Kumbang (Black Panthers) to the Malaysia top-flight for the first time since 2010.

Save for that momentous goal, the next season was otherwise predictably erratic for him. That milestone effort would be the last of his two goals – both occurring in that same top-flight game against Pahang in February – for the rest of his campaign. As Penang battled to escape the relegation trapdoor for much of the season amid two managerial changes, he struggled to make an impact thereafter, with only a total of 10 starts and a further six appearances off the bench.

Faiz’s struggles to replicate that same match-winning impact in that one game on a consistent basis is symptomatic of a lack of a present local leading light (or a few for that matter) who can stand up consistently, season-by-season, to the foreigners who have been dominating the club scene since the reintroduction of the import rule in 2012.

From that season onwards, different Malaysians have led the locals in scoring charts but none has come even close to challenging the leading import forwards for the Golden Boot, even for established national team players. Only two locals hit 10 goals each in 2012, but every Malaysian has been on single digits in his respective league goal tally in subsequent seasons. Further, every local top scorer in these years is a different name, a far cry from the usual domestic suspects in the Japanese and South Korean top-flights.

Away from the statistics, Faiz has yet to hit to the reliability levels that Safiq and Shukor have set over the years. While it is unlikely that Safiq is going to be the second Malaysian to win a prestigious individual FIFA award, his playmaking abilities in open and dead-ball situations that makes him such a consistent threat for giants Johor Darul Ta’zim.

Meanwhile Shukor has belied his 37 years with a reassured presence in defence and midfield for Felda United. He remains one of the first names in the teamsheet and is one of the more consistent, reliable performers for the 2016 Malaysia Super League runners-up, despite rarely hogging the headlines following his international retirement.

The consolation ahead of the 2017 Malaysian league season, which kicks off this week, is new Penang head coach Ashley Westwood is not going to let Faiz rest on his laurels as they prepare for another tough season ahead. The Englishman will be pushing everyone in the squad to up their game this campaign, and the latest Malaysian football sensation will be no exception.

Let us hope that the 2016 Puskas Award winner will be able to breakthrough to greater levels of consistent high-quality performances on the pitch and break mental barriers for more Malaysian footballers to pursue towards in this season and beyond. Even if no Malaysian footballer is going to claim another individual international award that soon, the improvements in the domestic players will be the biggest legacy to Faiz’s success at the world stage.